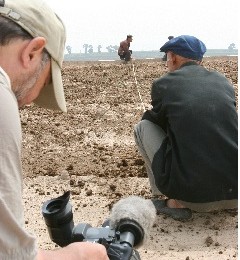 Hope in a Changing Climate

Hope in a Changing Climate was first screened in Copenhagen at COP 15 and on BBC World. Since its launch, Hope has been translated into French, German, Chinese, Vietnamese, Polish, Russian and Spanish. The film was officially chosen to commemorate the United Nations International Year of Forests, 2011. It was the most viewed video on the WaterChannel for more than 12 months in 2010 and 2011.

Hope as E-course material is open source and free of charge under, “Hope in a Changing Climate” on iTunes  (with commentary by Open University faculty)

The premiere of Hope on Earth Focus (United States) can be watched here.

← Hello world!
What If We Change Series →