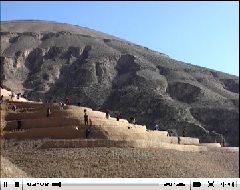 SCALING UP POVERTY REDUCTION IN CHINA

China has raised hundreds of millions of people out of poverty since reforming its economy in 1978. But still tens of millions of poor people remain. The Chinese government together with the World Bank hosted an International Poverty Conference in Shanghai in May 2004. EEMPC produced the opening film on China’s accomplishments in poverty reduction and shows three case studies on “The Southwest Poverty Reduction Project”, “Growth and Transition in Wenzhou and Suzhou” and “The Loess Plateau”.