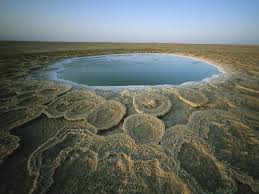 Pathways out of the Productive Safety Net Programme: Lessons from Ethiopia

Faced with severe food insecurity and scarce livelihood opportunities, much of the rural population depends on the Productive Safety Net Programme (PSNP) administered by the Government of Ethiopia (GoE), for indeterminate periods of time. In response, Relief Society of Tigray (REST) is implementing the pilot in partnership with Dedebit Credit and Savings Institution (DECSI). Overall, REST’s intervention is a cost effective, easily scalable programme that has been very successful in creating credit worthy micro-entrepreneurs. Based on the results of a self evaluation exercise and participant evaluations by field staff, 3 types of respondents are identified: fast, slow and intermediate climbers. An in-depth qualitative analysis reveals that while participants’ pre-existing circumstances are predictive of their livelihood performance, it is the programme’s capacity to respond to peculiarities of each household which finally determines whether there is a story of change, or not.

Wukro woreda, which is situated in western Tigray, the northernmost state in the country. Wukro falls under 2 agro-climatic zones – dry and dry wet, the latter receiving more rain than the dry regions. Dry wet areas are relatively fertile with more flora and fauna, thus better suited for animal grazing and bee keeping. We picked two study sites from each region; Mahbere Woyni and Maykuha in the dry region; Abraha Atswa and Negash in the dry wet region. Pilot tabias have an approximate average of 600 households13, spread far and wide across the vast rocky areas. These tabias are, on average, over ten kilometres from the nearest big markets (which include major livestock markets in Wukro, Agulae, Tsigerada, Hawzien), and inhabitants are used to walking for hours over difficult terrain.

Interventions aimed at reducing poverty require a nuanced understanding of its particular constraints. In recent years, it has been increasingly recognised that poverty is not simply a manifestation of material deficits (lack of income and assets). It is a multifaceted phenomenon, and reflects deficits in human resources (labour, skills, education) as well as social resources (obligations arising out of relations of solidarity and/or patronage). It is also widely acknowledged that due to inadequate material resources, poor households are compelled to rely largely on their human resources, mainly unskilled labour. This being said, ‘the poor’ are not a homogenous group. Poverty, in its extreme form, is a phenomenon that occurs when such resource deficits intersect with structures of inequality.

In Tigray, Ethiopia, households typically have a very few resources to draw upon – often landless, with many dependents, and suffering from chronic food insecurity. Apart from subsistence agriculture, alternative livelihoods are few, and most rely on casual wage employment for supplementing their income. In a context where everyone is ‘poor’, food insecure, prone to shocks such as war, drought and other natural/manmade calamities – social networks and state support have become vital coping mechanisms for the extreme poor. For many, the Productive Safety Net Programme (PSNP) administered by the Government of Ethiopia (GoE), is their main source of income; which covers their bare minimum food needs. Their only other source of material support is from their extended familial networks.

The two channels of support, however, have only succeeded in keeping them afloat – managing to avoid starvation or even death. In the absence of ‘exit strategies’, such as; wealthy, influential families to draw productive resources from (for eg. informal credit to start up a business); adequate economic opportunities (for eg. regular off farm employment), and habituated to long term dependency on the state for basic needs, these extremely poor households have been unable to ascend out of their poverty.

The region (as well as Eritrea – once part of Ethiopia), has been inhabited for centuries by the ‘Tigrignan’ community. Majority of the rural population are very religious Ethiopian Orthodox – the dominant religion, and are identified by their practice of religious scarring on their faces. This community is not new to suffering. All families alike still bear painful memories of the great famine of 1984/85 and two consecutive wars that continued for over 20 years, plunging them from a state of security into extreme poverty.

Since the end of civil war in the early 1990’s, the country has been divided into ethno-centric regions. Tigrignans are a proud community of ‘highlanders’ – their heroic leaders overthrew an oppressive regime to become the next (and current) government. Even today, they still dread their experiences of forced re-settlement to ‘the jungles of south Ethiopia’ during the past regime. They were unable to cope with living conditions in the sub-saharan plains, and were discriminated by the local population. Despite Tigray’s terrain and arid climatic conditions; recent resettlement plans of the present government have not been successful. These communities have remained insular, and have refused to relocate to more fertile areas of the country.

The consequences of war and environmental disasters have made it difficult to distinguish the poorest from the ‘not so poor’ in this context. As the civil war intensified in the 1980’s alongside the great famine, it resulted in a complete loss of assets for most households. As a participant’s father describes, “There was the drought on one hand and war on the other. We didn’t migrate but there were days we were starving to the extent that we dug up the ground to find Ku’enti (a type of legume). We dug the ground like monkeys, looking for it”.

Apart from the catastrophic episode which affected every family across the region, programme participants were further affected by government land reforms that gradually entrapped many households into extreme poverty. Despite a larger population now with access to land, land holdings are too insignificant in size, and crop production is too low to cover basic food needs.

All in all, the success of REST is commendable, which is primarily because their energy and focus has not been diluted by the provision of too many services, and they have delivered on their promises.

Even before the completion of 24 months, REST has created a majority of successful, credit worthy entrepreneurs out of vulnerable and relatively inexperienced participants. As for fast climbers, younger, literate respondents are naturally dynamic, and being landless, have an affinity towards off-farm livelihoods. Through this programme, they are able to capitalise on their strong entrepreneurial qualities. Older female heads, with an appropriate livelihood, training and customised support from the facilitator, are able to drastically transform their previous trajectory. In other words, programme inputs matched their pre-existing resources and constraints.

–  Need for more uniform facilitation and mentorship: going through stories of fast, slow and intermediate climbers, it can be clearly gauged that whereas some households had a strong facilitator presence, for others they remained a detached figure, more along the lines of any government worker. A major reason for variance is that the quality of facilitation differs from area to area, and in rare cases from household to household (this was usually when the facilitator was only able to constructively guide those already set to do well). In the absence of staff training, community facilitators are left to use their own discretion on whether or not to customise their response to each household’s constraints. If facilitators are uniformly equipped with skills to support extremely poor households, chances of achieving graduation can be optimised.

– More nuanced understanding of household’s short and long-term needs required: The assumptions underpinning the programme are not always accurate at the household level. REST assumes that government services are sufficient to cover food and other non-economic needs (social awareness, health support, education etc) of the household, and therefore, focuses specifically on livelihood and financial components of the programme. But as the stories of slow climbers illustrate, this trade off between a minimalistic, easily scalable approach vs. a holistic, intricate approach had its repercussions on more vulnerable households. REST’s programme design and implementation also implicitly assumes that all participants have similar access to adequate social networks, and enough cash sources to cover their daily needs as well as supplement unexpected or ad hoc expenses (for eg. health expenses, food expenses when food aid is delayed). Thus a more nuanced understanding of each participant household’s pre-existing resources and constraints, i.e., sources of cash/kind income, health problems, labour resources, kinship relations, etc can potentially minimise any incongruity between programme inputs and household needs.

– Possibility of ‘early’ graduation for fastest climbers: fast climbers expressed a wish to access their savings earlier in the programme, so that they could invest in expansion and diversification of their businesses. As one of the fastest climbers laments, “We feel you should be able to access it now instead of keeping it idle in the bank account, with only 4% interest”. The statement throws up a question of whether the most successful performers (in terms of livelihood) can benefit from having scope for ‘early’ graduation, or be allowed monitored access to their savings. This, perhaps, will not only act as an incentive for others, but will enable REST to streamline efforts and resources towards their ‘least successful’ performers.