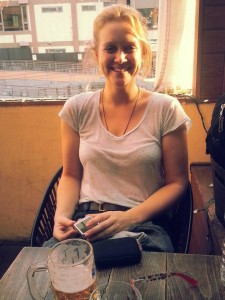 Anna Beech was Senior Project Manager with Hong Kong-based public policy think tank Civic Exchange and the EEMP’s Chief Operating Officer until October 2013. She since moved on as Program Director of “Panda Mountain”.

Before joining Civic Exchange Anna was based in London where she spent six years working in the office of the Mayor’s Climate Change Advisor. There she ran multiple projects, worked with business stakeholders and political leaders, and helped develop London’s pioneering Climate Change Action Plan. She also spent a year as sustainability manager of the Arcola Theatre.

Anna is from the United Kingdom, grew up in the countryside near Cambridge and enjoys wake boarding, reading, film, running and cycling. Anna has been living in Hong Kong since 2009.