Supporters of the EEMP 2006 – present

Foundation for Ecological Security – A Trip to India

One World – Everybody Eats

The Road to Wolong

Carla Antonini was born and raised in Argentina and came to China to finalize her Masters in Business Administration in 2007. She continued working in Beijing as an account manager for a multinational corporation. It was during the summer of 2009 that she first encountered the work of John D. Liu and the EEMP. Fascinated and perturbed by the differences in how traditional accounting is exercised and what would be needed to correctly price current modes of extraction, she decided to leave her corporate life behind and started looking for new ways of evaluating and integrating the real costs of production – formerly known as externalities. Currently she is writing her PhD at the University of Barcelona, Spain, on developing new agriculture pricing methods for organic agriculture.

Malte Beckmann was born in Germany and worked closely with the EEMP from 2006 until 2007 where he assisted with various film productions before moving back to the Wuppertal Institute in Germany, where he currently works as a scientific assistant specialized in a cross-sectorial research on transport, energy and climate change. 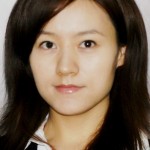 Hanqi DU was born in China and graduated with a degree in International Journalism at Cardiff University (UK) in 2006 and has been working on documentaries and news reporting in China since then. She helped to distribute the EEMP’s films to major Chinese networks. Prior to her work at the EEMP she had been working as a researcher and location assistant on a BBC documentary film production called “One Year in Tibet”. 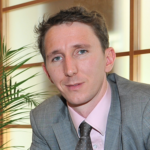 Clement Duhamel was born in France and studied at the School of Oriental and African Studies in London. He was a former staff member of the French Embassy in Beijing where he was specialized in urbanism and green architecture cooperation projects. He joined the EEMP as an associate producer for a film production on Energy Efficiency in Mongolia. He currently works as the coordinator of the Oscar France Office in Beijing. 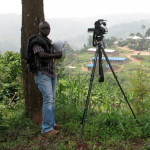 Jean Claude Hashakineza graduated from Kigali University with a degree in Media, Journalism and Communication. He was an assistant throughout the entire production process of EEMP’s Rwanda – Emerging in a Changing Climate.  He now works in the President of Rwanda’s public relations office in Kigali, where he is in charge of research with a special focus on digital media platforms.

Born ‘down under’, Brad Hiller worked alongside the EEMP during his Phd field research on the Loess Plateau Restoration Project in 2010. Brad has accumulated 7 years of professional experience in a range of sectors including international development, water services, and resource infrastructure.  While in China he had the chance to meet and interview Maurice Strong, the first elected director and key initiator of the United National Environment Program. Mr. Hiller completed his Phd in 2012 in the Centre for Sustainable Development at the University of Cambridge and continues working in international development with a special focus on restoration. 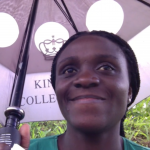 Gisele Ingabire grew up in Rwanda and had been working at a management-level position for one of the biggest foreign construction companies in Rwanda before starting to get involved with research for the EEMP in 2012. Investigations in some of the most remote corners of her country have helped her to newly see and appreciate the pristine natural system that are remaining in her home country.  This experience motivated her to remain involved in assisting to protect and conserve them. 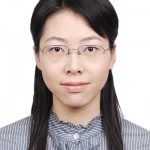 Qi LI was born in Northern China and graduated from the China Agricultural University (CAU) where she specialized in Biotechnology and Molecular Ecology. During her internship at the EEMP in 2010 she assisted in the versioning of multiple films on environmental and humanitarian issues for Central Chinese Television. Currently she continues her professional career in microbiology. 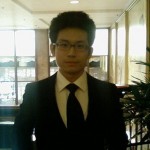 Shen LIN joined the EEMP as an intern in early 2009 and has remained involved ever since. He graduated from the National University of Saudi Arabia in Environmental Studies in 2012 and has continued to spread the message of a deeper environmental understanding in China. “Everyone should be courageous enough to be the first follower of his belief.” 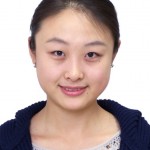 Fiona Liu got her Bachelors Degree at the Harbin Institute of Technology in China and then pursued a Masters Degree in European Studies at Cambridge University (UK) where she assisted the Vice-Chancellor of Graduate Schools and was the head of the university’s Student Union. At the EEMP she assisted with the versioning of various Television for the Environment (TVE) and EEMP films for the Chinese market. 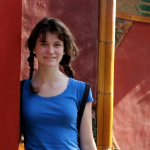 Muriel MacDonald interned for the EEMP in Beijing during the summer between her second and third year of college in 2011. She also was an assistant for a film production for the World Bank called ‘Climate Smart Agriculture’. She then spent her 2012 summer WWOOFing at two organic farms in Italy, where she worked and studied sustainable farming practices. Since working for the EEMP, Muriel has pursued documentary film making in short-film formats. At the moment, she works part time at the University of Virginia’s Digital Media Lab, and she hopes to continue to make films and help with communications for non-profits after graduation. She is about to graduate with a degree in Modern Studies and English Literature. 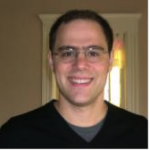 Daniel Rote has been working as a sound engineer and assistant editor at various EEMP productions. This included collaborating on the groundbreaking Lesson’s of the Loess Plateau film with John D. Liu in 2008. He was born in Germany and remains closely connected to China and environmental issues. 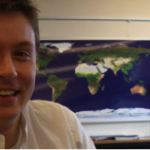 Sal Scaturro worked with the EEMP on multiple projects after finishing his degree in International Educational at Harvard University. He currently continues working on a Doctorial paper in Modeling of Marine Outfall Systems at the University of New South Wales.

Initiated by the EEMP in 2007, Patrick Shomba, a Nairobi-born Kenyan, became Managing Director of the GHETTO Film Club – Get Higher Education To Teach Others – an initiative that uses media for social change and environmental awareness in two of the most poverty stricken districts of Nairobi: Dandora and Korogocho. As a self-taught cameraman, he has inspired others to join the club and has helped to spread the idea of community-based media. The Film Club network is now able to mobilize thousands of young people with radio, TV broadcasts, and open-air screenings. Currently the United Nations-Habitat and the Canadian Film Board continue to support this people-led effort in Kenya’s capital.

Joachim Siegert first learned about the EEMP while living and working as a volunteer on a biodynamic farm in the outskirts of Beijing. After finalizing his voluntary year at the farm he decided to remain in Beijing and joined up with the EEMP for one additional year in order to deepen his understanding of alternative farming methods and ecology. He continued his interest in how to spread the message of biodynamic agriculture as it originated from Rudolf Steiner and he has created this online platform to share the knowledge http://biodynamic-farming.tv/. Mr. Siegert currently studies Sinology and Mathematics at Munich University in Germany.

Vera Stifler-Johnson was born in Denmark and raised in Vietnam and Mongolia.  She interned at the EEMP in 2010 before entering university in the US, where she was interested in studying documentary film and arts in New York. Her current major is Applied Psychology and Child & Adolescent Mental Health. 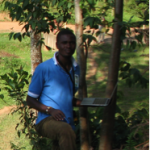 Cyprien Uwimana has been a dedicated field assistant for scientific research in Rwanda as well as a camera assistant for two film productions on environmental degradation and rehabilitation within in East Africa. Mr. Uwimana studied International Development at Kigali University.

Angelina Wang Yihan, a local Beijinger, graduated at Beihang University in the  field of Environmental Engineering in 2010. Parallel to her studies she interned at the EEMP during the summer months of 2009. “I love this city where I was born and I feel so happy to have joined the EEMP during my college days. I treasure the days I spent with my coworkers there and I believe that if you want to make the world a little bit better, you are gonna find your way.” Currently she is working on evaluating the environmental impacts of real-estate project with in the greater Beijing region.

Yan, Zhang first engaged with the EEMP full-time in 2008 after graduating from Beijing University. While at university she was the Vice President of one of the largest student organization in China (AIESEC). Currently she is working in the field of communications and marketing in Mexico.  “The EEMP experience gave me the resources and knowledge to make a bigger impact in the world by reaching out to more and more people, including high school students, university youth, corporate groups and NGOs. It was a learning place for me to be proactive in my learning and to ask and to discuss. Most importantly it helped me to be responsible of my own actions as a person in the world.” 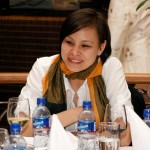 Khandarmaa Zorigwas born in Ulan Bator, Mongolia.  She graduated from the capital’s university in Business Management in 2001 and has been working for the Mongolian Women’s fund for several years. She assisted the EEMP on a documentary film on energy efficiency in 2009. Currently she is working on her Masters degree in Gender and Development at the University of Melbourne, Australia. 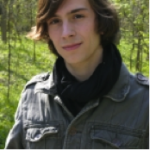 Currently the EEMP has the pleasure of having Justinian Dispenza along to work in post production and design. He gradated in 2012 from Indiana University with a degree in Film Production and Theatre.  He has worked on many environmental short films and spent 2 years as an organizer for HEAL (the Hoosier Environmental Action League). He spent a year abroad in 2010 where he backpacked and WWOOFed around Europe documenting progressive solutions to food insecurity and environmental degradation. 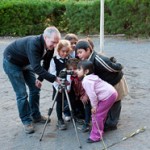 Craig Mackintosh is a professional photographer, and for the last number of years has earned his daily bread as a writer and editor – taking, in 2006, a brand new blog for the newly created environmental website Celsias.com from complete obscurity to – in little more than a year – being ranked by the London Times as number five in the world out of fifty eco-websites. Valuable background skills include having studied organic biological agriculture and soil science, and becoming skilled in different aspects of information technology.  Combining his eco-literacy, his studied awareness of humanity’s many converging problems,  as well as his editorial, website and media abilities, Craig decided to devote his energies into supporting and promoting the development of the solutions-based Permaculture movement, and took on his current role as editor, photojournalist and website manager for the Permaculture Research Institute – where he is currently supporting the world renowned work of Permaculturist extraordinaire Geoff Lawton.  In 2011 he launched the Worldwide Permaculture Network: permacultureglobal.com.

Cesar Perez is a Bolivian environmental engineer who has a masters in Environmental Sciences from the State University of New York college of Environmental Science and Forestry in Syracuse, USA. He is married to Olivia Balderrama and has an awesome 9 years-old son named Ignacio. Nowadays, he is in charge of the regional office of the non-profit environmental foundation Gaia Pacha (www.gaiapacha.org) in Santa Cruz, Bolivia. Cesar believes that conservation and ecosystems restoration actions are urgent to tackle climate change. He also thinks that sustainable projects can be achieved through a synergic strategy involving changes to peoples’ behaviour, the use of proper technology, and the implementation of local and regional policy instruments.

Stephanie Bienzobas worked for 12 years in administration. At her last job in Geneva, Switzerland, she was an editor. She interviewed professionals in environmental and health fields and wrote about these topics based on personal researches. She has always been looking for ecological solutions and actively participates in the actions of various organizations. I proposed you my services as translator and was very glad to participate to some of your events.

Tiago Simoes, helped us with translating scripts and articles into Portuguese.

Mariusz Bączkiewicz, helped us with translating scripts and articles into Polish.